Prof. Liu Tao (Universität Duisburg-Essen): „The Welfare Regime Within and Beyond Borders: The Openness and Closedness of Chinese Social Policy“ 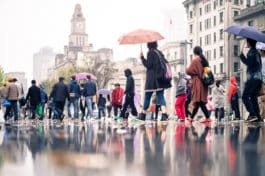 Abstract:
The functional operation of conventional Chinese welfare regime was closely linked to institutionally created forms of discrepancies and borders entrenching the status differences between different social classes as well as among welfare clients from different social spaces (e.g. rural or urban areas). Since the Millennium an unprecedented and fast expanding social policy in the Chinese history has softened the welfare boundaries of classes, regions and functionally segregated welfare spaces substantially even the welfare class ‘borders’ won’t entirely disappear in the short term. A conceptual notion of ‘incomplete universalism’ contributes to outlining the main trends of social policy development in contemporary China: on the one hand, residents from different origins are increasingly considered as national social citizens; on the other hand, the notion of a national social citizenship and its concrete implementation are heavily constrained by the uneven institutional welfare arrangements created in the past.