CeMEAS Lecture: The Uighur Separatist Movement – Its Past, Present and Future 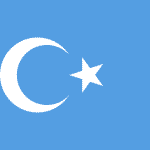 Over the past years China has claimed itself to be a victim of terrorist activities perpetrated by members of the Uighur Separatist Movement (USM), who were blamed for atrocities in Chinese cities of Urumqi, Kunming and so on. In response Chinese authorities have militarised Xinjiang Province and expressed desire to be included in the US-led alliance fighting Global War on Terror. Who are the Uighur people? Why do they want independence from China?