Vortrag: „Informationalization and Transparency: The Changing Relations between Local Governments and Healthcare Providers in Rural China“ 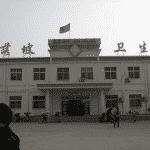 Since 2000, the previously neglected rural health sector of the People’s Republic of China has increasingly become a focus of attention. The introduction of a rural health insurance program since 2003 and the New Health Reform since 2009 aim at its stabilization, and the transformation of a commercialized public service back to public welfare orientation. Informal practices such as induced demand and overcharging are to be rooted out, and replaced by regulatory compliance. An increasingly dense and comprehensive system of network-based administration and monitoring has been built up since 2000, with policy initiatives such as the “Construction of Informationalization” (xinxihua jianshe) driving forward technological upgrading. Local governments and higher levels increasingly encroach upon doctors’ and hospitals’ fields of operations. The government is empowered vis-à-vis the providers through its enhanced access to information, and holds them accountable to often contradictory regulatory standards. On the other hand, however, the providers exploit loopholes and game the new systems of monitoring in pursuit of their own interests. The effects of the technological upgrading on local governance thus remain ambiguous.