FÄLLT AUS: Nicolas Standaert (University of Leuven (Belgium)): „AN INTERCULTURAL COMMUNICATION CIRCUIT OF BOOKS BETWEEN CHINA AND EUROPE IN THE SEVENTEENTH AND EIGHTEENTH CENTURIES: THE ESTABLISHMENT OF IN-BETWEEN TEXTUAL COMMUNITIES“ 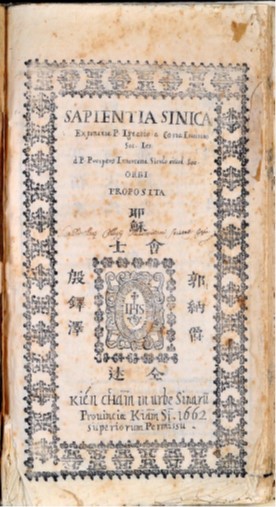 Abstract:
A unique characteristic of the cultural contacts between China and Europe is the intercultural circuit of books: European books travelling to China and in return Chinese books travelling to Europe. A special feature was that a large number of intercultural books were translated and published into Chinese and others into European languages. What shape did this communication circuit take? What are the characteristics of the intercultural books produced through this interaction? What kind of community took shape in the ‘in between’ of two cultures through this circuit of books?
This presentation introduces a collective research project on this topic. By analyzing a unique collection of intercultural books, the project investigates their production, distribution and consumption in search of their role in the identity formation of in-between textual communities in China in the seventeenth and eighteenth centuries. This study will provide insight into the emergence of intercultural book worlds. 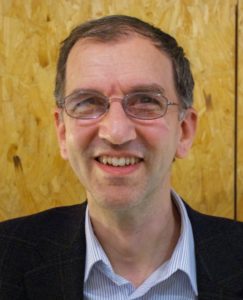 Short bio:
Nicolas Standaert is professor of Sinology at the University of Leuven (Belgium). His major research interest is the cultural contacts between China and Europe in the seventeenth and eighteenth centuries. In this field he has led multiple research projects on rituality, visual culture, materiality and historiography and organized several international workshop on these topics. His recent publications include: The Intercultural Weaving of Historical Texts: Chinese and European Stories about Emperor Ku and His Concubines, Leiden: Brill, 2016; Chinese Voices in the Rites Controversy: Travelling Books, Community Networks, Intercultural Arguments, (Bibliotheca Instituti Historici S.I. 75), Rome: Institutum Historicum Societatis Iesu, 2012; The Interweaving of Rituals: Funerals in the Cultural Exchange between China and Europe, Seattle: University of Washington Press, 2008.