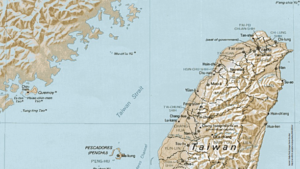 Discussions of China-Taiwan (“Cross-Strait”) relations in the Chinese foreign policy circle reveal exceptional efforts on the parts of both Chinese leaders and scholars to solve the issue by adhering to the “one China” policy and “one China, two systems” principle. China’s rising power is described by Chinese leaders/scholars as a useful tool for finishing the task of reunification, with the underlying meaning of China getting rid of historical humiliation at the hands of Western imperialism. There is also an assumption that the Taiwanese people should be happy about China’s rise and appreciate China’s efforts toward reunification, since people on the both sides of the Strait share the same cultural and historical roots. However, there is plenty of evidence showing that Taiwan is moving away from China, toward foreign powers such as Japan and the United States, and toward an independent sovereign status in international politics.