Modern China with a Special Emphasis on Global Historical Perspectives 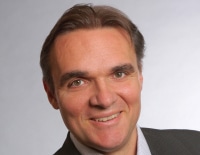 Dominic Sachsenmaier holds a chair professorship in “Modern China with a Special Emphasis on Global Historical Perspectives”. Before coming to Göttingen in 2015, he held faculty positions at Jacobs University, Duke University as well as the University of California, Santa Barbara. He received his education at Freiburg University, St. Andrews University, Nanjing University and Harvard University.

Sachsenmaier’s main current research interests include China’s transnational and global connections in the past and present. Furthermore he has published in fields such as Chinese concepts of society, the global contexts of European history and multiple modernities. For instance, he authored the monographs “Global Perspectives on Global History” (Cambridge UP, 2011), and “Global Entanglements of a Man Who Never Traveled” (Columbia UP, 2018). In addition to his academic publications, Sachsenmaier has also written for newspapers ranging from Frankfurter Allgemeine Zeitung to the Singapore Straits Times. Moreover, he has delivered a wide range of talks and keynote speeches, both in academic settings as well as at other institutions. Sachsenmaier serves on several editorial and advisory boards in Asia, Europe and the United States; he is one of the three editors of the book series „Columbia Studies in International and Global History“ (Columbia UP). From 2014 to 2022, he served as the president of the US-based Toynbee Prize Foundation (where he continues being a board member). He is an elected member of the European Academy of Sciences and Arts and currently serves as the dean of the Faculty of Humanities at Göttingen University.

Monographs and Edited Volumes in Progress

Articles in a Collection

World-Making from Global Perspectives: A Dialogue with China

Göttingen University is part of a new research network exploring “World-Making from Global Perspectives: A Dialogue with China.” Prof. Dominic Sachsenmaier directs a project on “Conceptions of World Order and their Social Carrier Groups.” This Göttingen-based project will explore the transformation of conceptions of world order between the late nineteenth century and the present. The German Ministry of Education will sponsor the network with a total amount of ca. four million Euros, which includes 895.000,- Euros for the Göttingen part; 40% of these sums will be provided after a project extension in late 2023.

The project “Conceptions of World Order and Their Social Carrier Groups” explores transformations of conceptions of world order from the late nineteenth century to the present. Our researchers explore various patterns and rhythms of world order-related thinking (particularly in relation to China) in different parts of the world. In this context, the project not only analyzes images of global political and economic power formations but also includes into the picture other factors like cultural hegemonies or global social and religious movements.

In the English language, the concept of “world order” primarily refers to basic (sometimes even institutionalized) facets of global political and economic power formations. It is often used interchangeably with concepts such as “global order” or even “international order”. Among other currents, social movements (including NGOs) are increasingly identified as crucial aspects of world order; moreover, many scholars are interested in the importance of global soft power including cultural hegemonies. Others pay attention to the significance of religiously inspired ideals in shaping imageries on world order. Visions of world certainly have the potential to include such complexities into the bigger picture, but at the same time they need to offer a relatively clear image of a global situation. Hence visions of world order are at least partially abstractions of global power relations. There is a strong tendency to exaggerate specific facets of international power and worldwide interactions when presenting them as patterns of worldwide order. It hence would be naïve to view visions of world order merely as reflections of global realities; they simultaneously represent imagined worlds.

Our research related to this project focuses on visions of world order among various social carrier groups. Within this framework, we study themes that are highly relevant for the present while at the same time we pay due attention to complex historical configurations. In various case studies, we explore how particular visions of world order have been shaped by their specific contexts and concrete circumstances. Furthermore, we probe into selected visions of world order in different parts of the world (e.g. China and Europe) and partly compare them to one another and partly search for entanglements and connections. In what ways have the changing patterns and rhythms of ideas about world order been connected with one another across regions and continents? How did global transformations or global moments impact visions of world order in different parts of the world? Under what circumstances did particular social carrier groups primarily identify with their own local or national environments? And under what circumstances did ideas of shared transnational interest prevail in debates on world order?

In the overall research network, the Göttingen team collaborates with sub-projects at FU Berlin (Elena Meyer-Clement/Sebastian Conrad), the University of Würzburg (Björn Alpermann), and Heidelberg University (Barbara Mittler); also additional institutions in Germany and abroad are involved. In addition to conferences and workshops, fellowships for visiting scholars are available.

This research project focuses on the multifaceted dimensions of the Chinese weight and measures reforms during the Republican Period, particularly the Nanjing Decade (1927-1937). During that time period, the Chinese government sought to introduce the metric system all over the country. Yet for two main reasons, this initiative did not amount to a clear-cut change from one measurement system to another. Firstly, the preexisting landscape of Chinese weights and measures was extremely diversified, and already under the Qing Dynasty there had not been a unified system. Secondly, the metric system was not the only foreign influence on the realm of Chinese weights and measurements. Rather, there was a pluralism of international standards (British, Japanese, and other) that was particularly visible in the foreign concessions of Chinese cities and within the orbit of large international companies.

The metric reforms were thus taking place in a complex environment of regional fragmentation and competing international standards for weights and measures. Through carefully selected case studies, this project will explore various facets of the great metrological transformations of this time period. Two studies take the government (institutions and persons) as their points of departure yet at the same time they also consider the ramifications of the central administration’s policies for different segments of Chinese society. The remaining two case studies focus on other groups, most notably intellectuals and small-scale merchants, and they show how they were not only passive recipients of top-down policies but rather active agents in the transformative processes, negotiating their own lifeworlds and interests with the wider policies of change. In all case studies, the many-sided roles of international powers will, when appropriate, be put to the foreground. The same is the case with China’s regional diversity.

The project explores the encounter zone between the study of modern Chinese history on one side and transregional/ global history on the other side. This implies a complex spectrum of questions and a wealth of case studies which need to be conducted in the future. For instance, historians do not sufficiently understand the complex dynamics between shifting regional orders and global orders (whether they were political, ideological, economical or cultural) within which China and its provinces were engaged in. Comparatively little work has also thus far been done on the study of transfers, exchanges and entanglements between modern China and many world regions outside of the Global North.

The main part this research emphasis is an Anneliese Maier Research Award granted to Prof. Wang Hui by the Alexander von Humboldt Foundation. Prof. Wang (Tsinghua University) is an internationally renowned scholar in the fields of literature and history; in recent years he has become increasingly interested in global historical perspectives. The grant sponsors a collaboration between Dominic Sachsenmaier and Wang Hui, from 2018 until 2022.

The New Silk Road. Implications for Higher Education and Research Cooperation between China and Europe

From I Ging to I Ching: A Study of the Wilhelm/Baynes Translation of the Book of Changes

The key objective of this research project is to highlight the global nature of sinology through a study of the travels of the Yijing (Book of Changes). This research project focuses on a distinctive type of translation that appeared during the first half of the twentieth century.