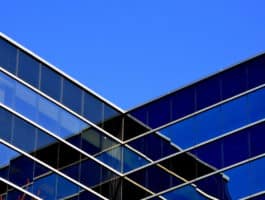 Despite playing a key contributory role in China’s recent economic reforms and the Party’s regime durability, there has been a noted reduction in central-level policy experimentation under Xi Jinping’s administration. Recent studies have further noted an empirical reduction in policy innovation at the subnational level, and question whether local officials will continue to experiment in the foreseeable future.
This talk suggests that although these changes at the central-level are filtering down to local officials, a great deal of variation in policy experimentation exists. Thus, the puzzle motivating this talk is how do local officials filter these institutional changes to the extent of observed variations in local policy innovation?
Using recent fieldwork evidence, this talk presents three potential explanations: (1) the ineffectiveness of the vertical reward and punishment systems operated by the Party-state; (2) differing base preferences of local officials; and, (3) the presence of a cohort effect, viz. a communities of practice. While some officials are still conducting policy experimentation, the overall reduction in innovation strongly suggests that potential solutions to governance problems remain trapped at the local level, and that the central government will lose this “adaptable” governance mechanism that has contributed
to its past economic and political successes.