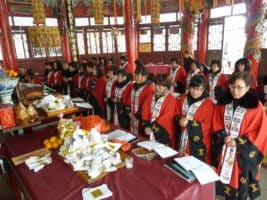 This lecture will examine how social structures of power, such as patriarchal power, depend on the vicissitudes of human agency to implement their principles, opening them up to subtle shifts and reconfigurations in social practice (Anthony Giddens, Pierre Bourdieu). Traditional religiosities, whether Christian, Islamic, Buddhist, or others, are often seen to produce conservative agents of patriarchy, in both men and women. Writing about the women’s Islamic piety movement in contemporary Egypt, Saba Mahmood has criticized the narrow definition of women’s agency put forth by liberal Western feminism. She suggests that women’s agency cannot be understood or defined in terms of oppositionality, critical discourse, or rebellious acts, but must also take into account the modesty, self-effacement, and self-sacrificing ethos of pious women. Here, I will examine the non-oppositional religious agency of pious women in rural and small-town Wenzhou. Two divinities in particular, the regional deity of Chinese popular religion, known as Goddess Chen the Fourteenth, and the Buddhist mother goddess Guan Yin, inspire these women’s religious agency. However, I depart from Mahmood, who almost closes herself off from feminist inquiry, by showing how local women have, through their self-sacrifice, religious leadership, and religious transcendence, carved out a public space and role for women. In the absence of feminism, and without directly confronting or resisting patriarchal power, women’s religious agency has made a social impact and brought changes in local society. 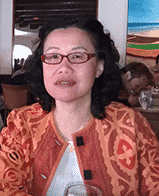 Mayfair Yang received her Ph.D. in Anthropology from UC Berkeley. She has been a faculty member in the Anthropology Department at UC Santa Barbara, and is now a Professor in Religious Studies Department and East Asian Studies Department there. Yang was Director of Asian Studies at the University of Sydney in Australia, and has been visiting scholar at the University of Michigan, University of Chicago, Harvard University, Academia Sinica in Taiwan, Beijing and Fudan Universities in China, and the Institute for Advanced Study in Princeton. She is the author of Gifts, Favors, & Banquets: the Art of Social Relationships in China, and editor of Chinese Religiosities: Afflictions of Modernities & State Formation, andPlaces of Their Own: Women’s Public Sphere in Transnational China. Her forthcoming book: Re-enchanting Modernity: Ritual Economy & Religious Civil Society in Wenzhou, China (Duke University Press). She is also working on a second, more theoretical book on Wenzhou religiosity and politics.