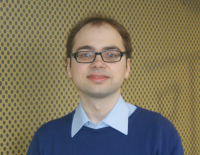 Since March 2017 I am working at Göttingen University as a instructor and doctoral candidate of Professor Axel Schneider at the Department of East Asian Studies with the focus on the history of modern China. My research interests include the conservatism in China at the end of the Qing and the republican period, the idea of progress in history, and the modern Chinese historiography. In the field of Chinese conservatism I want to start a PhD research project.

I have a Bachelor degree in East-Asian Studies/China and History, and a Master degree in Modern Sinology from Georg-August-University Göttingen/Germany. As a part of my studies I spent one year each at the Beijing Foreign Studies University and at the National Chengchi University in Taiwan. In my Master-Thesis I researched Liu Xianxin’s criticism of the idea of progress in History.