CeMEAS Lecture: The 19th Congress of the Chinese Communist Party 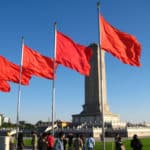 Two important questions that can be asked about the 19th Party Congress, scheduled to take place in the fall of 2017, include who will take over key positions at the top of the party hierarchy and whether Party Secretary General Xi Jinping can dominate the upper echelons of the Communist Party. Drawing from a quantitative biographical database of over 4000 Chinese political elite, I first attempt to present some theoretical and machine learning predictions about who will enter the Politburo in the fall of 2017. Then, using the same data, I assess whether Xi Jinping already dominates the Chinese Communist Party, or whether that is still a goal he needs to achieve in the fall congress.

Victor Shih is an associate professor of political economy and has published widely on the politics of Chinese banking policies, fiscal policies and exchange rates. He was the first analyst to identify the risk of massive local government debt, and is the author of “Factions and Finance in China: Elite Conflict and Inflation.”
Prior to joining UC San Diego, Shih was a professor of political science at Northwestern University and former principal for The Carlyle Group.
Shih is currently engaged in a study of how the coalition-formation strategies of founding leaders had a profound impact on the evolution of the Chinese Communist Party. He is also constructing a large database on biographical information of elites in China.