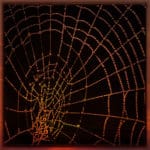 Abstract:
In the context of unprecedented circulation of people and ideas in the interwar global moment, Chinese communists built their overseas networks in the old empires and invented new nations. As they were making revolution both in and outside China, they aspired to liberate the world from imperialism and to save China. Their rationale was rooted both in long held ideas about China’s place in the world, as well as in new theories of political revolution which had originated outside China.
Different local contexts and transnational actors such as the Comintern, shaped the interaction of the Chinese networks with local nationalism and local anti-colonial movements. As the result, the historical roles of the Chinese networks in Americas, Europe, and the Southeast Asia were different.